Here’s a group you don’t hear about every day:  the Surf Punks.  This was a California-based group that mixed surf music with a punk rock attitude, documenting the beach and wave wars of southern California, punctuated by some of their notoriously uninhibited live shows.  A&M-related?  Actually, there is some interesting family lineage. 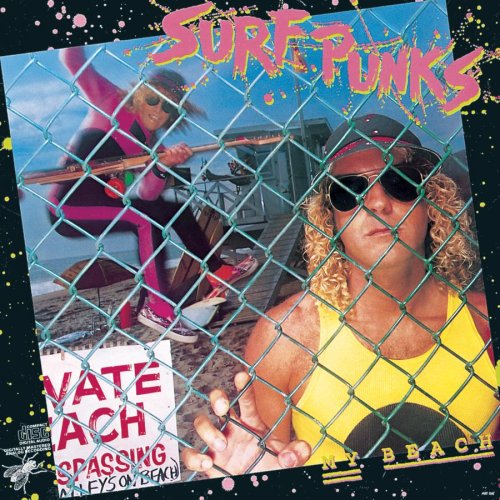 Surf Punks was a group led by Dennis Dragon who not only drummed and sang for the group, he also wrote the songs for the group, as well as producing and engineering.  As a child, he played drums while his brothers Daryl and Doug played keyboards.  Yes, the same Daryl Dragon who was “The Captain” with (Toni) Tennille.  The Dragons were actually the offspring of the famous Hollywood symphony conductor Carmen Dragon.  When Daryl went in to cut the Love Will Keep Us Together album, he called on his brother Dennis to engineer the album, and play drums on it.  The album went on to earn a Grammy award.

The Surf Punks were signed to Epic records, but one lone track almost made it to A&M via the film Urgh! A Music War:  the title track from their My Beach album.  Unfortunately, the track only exists in the film (briefly released on video) and never made it to the soundtrack album, likely due to licensing issues or time constraints.  Still, Dennis had a hand in one of A&M’s biggest hits, before Surf Punks ever released their first album.  And, his engineering has graced many popular releases over the years.

Take a peek at the band in their early days:

Join the discussion on our forum!