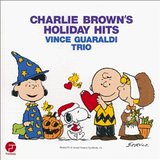 Our popular and “usually” yearly tradition in past years is to do a forum roundup of our membership’s favorite holiday albums. We invite you to hop over to the forum and tell us your favorites!

If you have posted in past roundups, have you discovered anything new this year? Have you rediscovered an old favorite? We would love to hear about it!  And no, it does not need to be A&M. We welcome all musical varieties…and labels!

We will try to link to our releases so that you, too, can join in our sharing of the music and find a copy for yourself.